Posted on July 15, 2015 by The Zealandian Guardian

Her Majesty the Queen has dropped the electoral decree, which formally starts off the 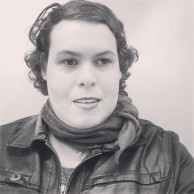 Her Majesty the Queen

In her decree which is a standard legal protocol when establishing an election, Her Majesty declared all seats in the Riksdag to be vacant for electoral purposes, meaning in effect that whilst Senators will retain their title until the election, they are no longer in effect members of the Riksdag, which itself has been dissolved by the decree.

The decree is the Zealandian equivalent of a election writ.

There are also two referendums being held during this election with one changing the constitution of the Commonwealth of Zealandia and the other being the adoption of the Act of Succession.

You can view the decree here

Charlotte Lindström, the road to being me: An interview with Senator Lindström

Posted on March 22, 2015 by The Zealandian Guardian 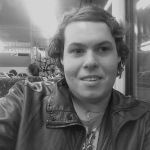 Senator Charlotte Lindström is one of the most outspoken Zealandian politicans, a self avowed feminist, anti capitalist and somewhat of an firebrand figure both in Zealandia and in the foreign relations of Zealandia. She is a woman who immediately fills the room with her presence.

CL: At first I think my family especially Mum didn’t really understand and so where slow to get it, but slowly its changed, my Mum has really been trying to get things like pronouns right.

ZG: How long have you kept this to yourself before coming out?

CL: Hmm, it’s something that I have struggled for as far back as I can remember, I didn’t really have a term for it growing up or a way of expressing it. My teenage years where really fucking hard and I honestly didn’t know if I was wrong somehow, I tried to confide in a friend but he told me it was just a silly phase.  You know its been a long road to being able to really be me.

ZG: How have your experiences in Zealandia and Zealandian politics been?

CL: My experiences since coming out have been in Zealandia hugely positive, Zealandia is great environment that really lets its citizens be who they wanna be.

ZG: And in the wider micronational community?

CL: Yeah, you could say its been interesting [laughs].  In all seriousness though its been a very varied experience, some micronationalists have been really good about my being transgender and then you’ve got the vocal shitheads and even so called progressives who are anything but progressive with anything beyond the L and G in LGBTQIA.  I’ve copped a fair bit of abuse merely for trying to be who the fuck I actually am. I know I was going to cop shit from the fascists in the community, but not from other corners of the community.
The shit I got from some people that I genuinely respected and admired really fucking hurt. As did a few things from the shitheads of the community.  There’s some people who really don’t want to listen to transgender people and there are people who openly deny our existence.  It was also disenchanting to see other transgender people including some non binary people also cop a shit-ton of flak for daring to be themselves.

ZG: What about the wider community?

CL: Oh boy [laughs] again its been a real mixed bag, you know there have been some situations where I have genuinely feared for my life due to transphobia, there’s been times where I’ve been minding my own business and people have taken it upon themselves to be shitheads. I’ve been harassed by the cops for merely wanting to take a piss in the dunny that represents my gender.  Yet I’ve had immensely positive experiences too such as getting my legal name changed, speaking to the UNSW Vice Chancellor on transgender issues, attending my first formal black tie event as myself and when I saw my reflection in that mirror in my black dress, all made up I saw the woman I am and yeah I even cried a little.

ZG: And your political stances within and without Zealandia? have they changed?

CL: You know I’m still unapologetically antifascist and anticapitalist, I’m not going to say sorry for being loud and sometimes obnoxious about my views, about social justice, to socialism and feminism. My feminism is intersectional, and I have put my body and liberty on the line for what I believe in, so no my views haven’t changed.

ZG: Finally, do you have any words for other queer micronationalists who are still in the closet about their sexuality or gender?

CL: Just be yourself, yes its a hard road but its well worth it, its not easy but its much worse being stuck in the jail that is the closet.

Celebrations in Tyrshavn as the nation celebrates its 5th anniversary

Posted on March 1, 2015 by The Zealandian Guardian

Over the course of this weekend the whole of Zealandia celebrated the 5th anniversary of the founding of the nation.

In the lead up to the event the Red Crown (the newest crown) was paraded across the city of Nya Ystard alongside the Victory Tiara with an escort from members of the Zealandian Defence Force.

On the 28th of February the actual date of the anniversary Her Majesty the Queen met with a number of people across the border in New South Wales as part of a new tradition of volunteering on the anniversary date.

Her Majesty then hosted a lunch on the first of March in Tyrshavn in celebration of the anniversary with the guest of honour being the Prime Minister, Senator Dylan Grönsson whom the Queen made a Hero of Zealandia.
Her Majesty also appointed Zealandia’s first Admiral in over 2 years with Senator Shakira Danger being made both Admiral and Chief of Naval Staff.

This was followed by a short ceremony for new citizens.

Her Majesty also recorded a speech for the occasion of the anniversary.

Posted on January 25, 2015 by The Zealandian Guardian

Today the People’s Thing meet for its summer session, which was not held in Thing Meadow but in the newly annexed Matora Park, which General Axeris Rödsson, the Governor of Nya Skåne on Her Majesty’s Command and on the advice of Dylan Grönsson, the Prime Minister.

Her Majesty wore her crown for the occasion, along with a nice blue and white top.

After the usual and customary jokes about staging coups d’etat and Ibis invasions, the session opened with the Thing voting en bloc various decrees and bills that her Majesty had written into force as full time acts by their subject.

Anna Lindström the Convenor  of the Zealandian Greens passed the historic Environmental Protection and National Parks Act 2015 which is the first legislation in Zealandian history to protect the environment and to create Zealandia’s first national parks.

The rest of the bills passed included the Anti Fascism act and the Postal Services Act 2015.

The Thing was seen as the first major political victory of the Watermelon Coalition for the year following the success of the Canberra Agreement and Declaration of late 2014.

Crucial vote in the People’s Assembly for Zealandian Government

Posted on January 22, 2015 by The Zealandian Guardian

Her Majesty’s decrees will all be due to be voted on this Sunday at the Summer Session of the Peoples’ Assembly, one of which is the baby of Minister for Foreign Affairs Anna Lindström (Z. Greens), the Zealandian Citizenship Act and it is where she will unveil her environmental act.

If the decrees are voted down it will be seen as both a vote of no confidence in the watermelon coalition (Zealandian Greens and the Communists) and Her Majesty the Queen’s governance.

The session will be held this Sunday in Thing Meadows, Ällaton, Denton Canton from 3pm.

What will Zealandia do for her 5th aniversary?

Posted on January 5, 2015 by The Zealandian Guardian

As we begin the new year we come to wonder what the plans of the Zealandian Government are come 28 February when Zealandia turns five.

The Minister for Foreign Affairs and Culture Senator Anna Lindström has some ideas, she said she would like to see a documentary made about Zealandia and her history to air on Television Zealandia, she is quoted as saying “A documentary about our little country is a wonderful idea, it could truly capture what it is that is special about Zealandia”.

Other ideas floated include a party, a dinner and even a High Tea hosted by Her Majesty the Queen.

The call for ideas was formally put out there this morning by the Minister for Culture Senator Anna Lindström saying “We want your ideas, how do you want to celebrate this important milestone of Zealandian history?”.

The Zealandian Government opened an online for people to leave their suggestions:
https://docs.google.com/forms/d/1ditPzXwV_2AonucR6NADBnZETcbtl7pJF-dAqRz6hlc/viewform?usp=send_form

OUTRAGE in Tiana as presidential soap found to be flimsy!

Posted on January 5, 2015 by The Zealandian Guardian

There is outrage across the former Zealandian (sorry we meant Crown Possession) of Tiana as the Presidential Inspectors of Soap Messrs Grime and Gunk found the Presidential Soap to be flimsy, they also found the plug hole full of hairs but said that wasn’t their responsibility.

This left Tianan President Joseph Puglisi in a rather rank position after awakening from a depressive night’s sleep from listening to far too much weird death metal (although to be honest all metal sounds the same to us except aluminium, which we like) as he stumbled to the Presidential shower as opposed the other showers he has set up across Tiana to “wash” the dirty hippy dissidents only to find to his horror that the Soap had been declared flimsy.

Soap is scarce in Tiana since the Duck incident on the border with the United States of America, in which a Tianan duck (ducks are held sacred in Tiana btw) bit the US President on the arse, leading to the entire nation of Tiana bursting out laughing, however the US retaliated by banning soap exports to Tiana.

It has been suggested that President Puglisi use a bodywash but the only body wash available in Tiana is the Lynx brand and frankly nobody wants to smell like a teenage wanker after PE.

President Puglisi is now in the process of growing a beard and smoking cigars as a fuck you to America, whilst the Lostislanders are considering putting postal missiles in Tiana.

Posted in Uncategorized | Tagged Comedy, Satire | Leave a comment
The Zealalandian Guardian
Create a free website or blog at WordPress.com.